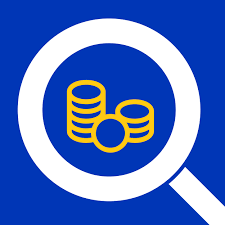 Thank you for visiting https://www.paxum.com (the “Site”). The Site is owned and operated by Gestion Paxum Inc. / Paxum Inc., a Quebec company having its address at 205-3484 Sources Boulevard, Dollard-des-Ormeax, Quebec, Canada J9B-1Z9 and operating under the name Paxum (“Paxum”). Your use of the Processing Services offered on the Site is subject to these terms of use (the “Agreement”). Please refer to the last section of this Agreement where there is a Glossary of defined terms that appear in this Agreement unless otherwise defined in the provisions below. If you have any questions concerning this Agreement, please contact Paxum through the contact information provided on the Site.

The Processing Services are a web-based payment processing service by which Paxum serves as an agent for Merchant to receive payments on Merchant’s behalf in respect of the sale of Merchant’s Product to its Customers.

So long as Merchant is not in breach of this Agreement, Merchant shall be granted a unique and private Account accessible through the Processing Service and the Paxum Platform. The Account shall be a record of Merchant Transactions and Fees. Paxum shall provide Merchant with access codes for the Account. Merchant may not disclose such codes or permit any third party to use them on penalty of forfeiting the whole of the Account. Merchant assumes full responsibility for the use of its Account and the access codes thereto and shall indemnify Paxum, the Paxum Group and their respective owners, directors, officers, employees, agents, licensors, suppliers, assigns and successors in interest (the “Paxum Indemnified Parties”) for any and all claims, losses or other liabilities arising therefrom.

It is forbidden for a Merchant to use the Processing Services to, directly or indirectly, knowingly or unknowingly assist in any illegal activity or any Prohibited Activity (all of which are listed below in the Glossary). Merchants who breach this clause shall, at the discretion of Paxum, be subject to Account termination for cause.

The following Persons are prohibited from using the Processing Services:

Merchant hereby instructs Paxum to deliver Invoices to Customers by way of the Account and the Paxum Platform, as per instructions provided to Paxum by Merchant or Merchant's Customer in the Account.

When a Merchant wishes to receive payment through the Processing Services, the Merchant hereby appoints Paxum as its agent for the purposes of:

Unless otherwise instructed by Merchant, Paxum shall instruct Customers receiving Invoices to remit the face-value thereof by depositing such amounts into a Deposit Account of Paxum. Paxum undertakes to release to Merchant any and all Customer funds deposited in the Deposit Account, less applicable Fees and other liabilities of Merchant to Paxum hereunder. Merchant shall give the Customer full credit for the deposited amount as of when Paxum has received the Transaction funds, and Customer shall not receive reduced credit with Merchant on account of Fees or other amounts that Paxum may deduct from settlements to Merchant. Unless required by its banking suppliers or Applicable Law, Paxum shall not settle Transaction funds to any recipient other than Merchant.

Paxum is not a bank or money transmitter. Outside of the U.S., with respect to non-U.S. clients, Paxum is a money services business and duly registered with the Financial Transactions and Reports Analysis Centre of Canada (“FINTRAC”).

Paxum is a payment processor for bills of the Merchant and acts as agent of Merchant in the receipt of Transaction payments made by Customers on Invoices pursuant to the terms of this Agreement. Funds deposited by Customers into the Deposit Account are not insured by Paxum or any third party and could be subject to seizure by Paxum creditors, if any. Paxum reserves the right to monitor use of the Processing Services to ensure compliance with this Agreement. If it is determined Merchant is not in compliance with this Agreement, Paxum reserves the right to take appropriate action including, but not limited to, assessing additional Fees or suspension or termination of the Account. Merchant acknowledges that such monitoring of use may include determining whether or not the Account is accessed from multiple IP addresses, as well as noting excessive use or other irregularities.

With Paxum registered and compliant with the rules and regulations of FinCEN and FINTRAC, the Processing Services are provided in compliance with the Paxum anti-money laundering program (“AML Program”). Merchant shall provide any and all information requested by Paxum in order to comply with Paxum’s AML Program.

Paxum is not party to the Merchant Relationship that necessitates the Invoice, Transaction or Receipt. Merchant shall indemnify and hold harmless the Paxum Indemnified Parties from any and all claims, losses or other liabilities arising from or in relation to the Merchant Relationship or any Product, including any and all costs associated with the legal defense related to such claims.

No Returns Refunds or Chargebacks

Under no circumstances will Paxum permit any Transaction to be subject to a return, reversal, refund or chargeback unless Paxum believes that the Transaction occurred through a breach hereof by Customer or Merchant or was otherwise in furtherance of alleged or actual illegal activity or Prohibited Activity, in which case Paxum reserves the right to return the face-value thereof to the Customer or withhold the amount thereof pending an order by a court of competent jurisdiction to remit it to Merchant, Customer or a government authority.

Merchants shall pay Fees for use of the Processing Services. Paxum shall deduct Fees after the settlement of the Transaction to the Merchant. Where Merchant fails to pay Fees to Paxum under this Agreement or is otherwise liable to Paxum hereunder, Merchant grants Paxum the right to debit the amount of the Fees, plus other amounts, from the Merchant Deposit Account as per the Direct Debit Consent. The Fees set out on the Site, such as they may be from time to time, are incorporated herein by reference and form a part of this Agreement. Fees collected are not refundable.

Information about the Merchant collected by the Paxum is subject to the Paxum Privacy Policy, available at the Site. The Terms and Conditions of Paxum's Privacy Policy are incorporated by reference as if set forth in full herein. On request by Paxum or its suppliers or law enforcement, Merchant shall provide or obtain such information as may be reasonably necessary for Paxum to supply the Processing Services and ascertain the risk related to any given Customer or Transaction. Paxum reserves the right to share with the financial institution holding the Deposit Account the identity of Merchant as well as Customers and any other confidential information of Merchant that it may require.

In connection with Merchant procuring Processing Services from the Paxum, Merchant understand that a consumer report as defined in the Federal Fair Credit Reporting Act as amended (“FCRA”), 15 U.S.C. 1681 and following, may be obtained by the Paxum from a consumer reporting agency, of other equivalent laws in the jurisdiction of Merchant (“CRA”). Merchant (which term shall include its guarantors in this consent) understands that this report may include information with respect to public record information, criminal records, motor vehicle operation history, education records, names and dates of previous employers, reason for termination of employment and work experience, and/or credit worthiness, capacity and standing, character, general reputation, personal characteristics, or mode of living. Such information may be used to evaluate whether Merchant is an appropriate candidate for transacting with Paxum and this determination may be adverse to Merchant. The information obtained will not be provided to any parties other than to designated authorized representatives of Paxum. Merchant further understands that the CRA may not give out information about Merchant to Paxum without Merchant’s written consent. Merchant hereby authorizes Paxum now, or at any time while it is party to an agreement with Paxum or otherwise engaged with Paxum, to obtain a consumer report on Merchant. This authorization does not include the release of Merchant’s medical information. A copy, fax or scan of this consent shall be considered as effective and valid as the original. Merchant understands that, in the event any adverse action is taken against Merchant based in whole or in part on the consumer report, Merchant shall be provided with the name of the CRA and a copy of the report as well as a description of Merchant’s rights under the FCRA. On request, California, Minnesota, and Oklahoma residents can obtain a copy of any consumer credit report requested by Paxum. On request, New York residents can be informed if a consumer credit report has been requested on Merchant by Paxum as well as the name of the CRA providing the report. Merchant and its guarantors have read and understand the above and authorize Paxum to perform the above investigations.

In the event Merchant has a dispute with Paxum related to the Processing Services, Merchant shall provide Paxum with a detailed written description of its concerns. Paxum shall then, within thirty (30) days of receipt of such writing, investigate the matter and provide a response, which response shall be final and not subject to further review except through arbitration as described below. Paxum reserves the right to forward the notice sent to Paxum to a Customer to which it relates, if any, but Paxum will not be a party to such a dispute nor assist in resolving any such Merchant-Customer dispute. Nothing in this provision shall create any liability on the part of Paxum in respect of obligations between Merchants and Customers.

Paxum may, at its discretion, deposit into the Reserve Account funds it would otherwise be obligated to pay Merchant, for the purpose of establishing or maintaining the Reserve Account in accordance with this Agreement, if Paxum determines such action is reasonably necessary to protect its interests. Merchant shall maintain at all times a balance in the Reserve Account sufficient to protect Paxum against losses resulting from Transactions or otherwise in respect of Merchant.

Paxum may, at its discretion, apply deposits in the Reserve Account against any outstanding amounts owed by Merchant under this Agreement or any other agreement between Merchant or any of its Affiliates and Paxum or any of its Affiliates. Also, Paxum may debit the Reserve Account to exercise its rights under this Agreement to collect any amounts due to Paxum including, without limitation, rights of set-off and recoupment. Without limitation, Paxum may, at its discretion, offset any amounts owing to it from any amounts it would otherwise be obligated to settle to Merchant.

Guarantor hereby unconditionally, jointly and severally, guaranties Merchant’s performance and satisfaction of all the covenants, representations and warranties set forth in the Agreement. Paxum may collect amounts owing to it hereunder from Guarantor without exhausting its remedies against Merchant.

Merchant shall defend, indemnify and hold harmless the Paxum Indemnified Parties from and against any and all third-party liability, damages, losses, claims, demands, actions, causes of action and costs (including attorneys’ fees and expenses) arising out of or resulting from:

Merchant agrees that, during the Term hereof and thereafter

If Merchant has any questions concerning this Agreement, please contact Paxum through the contact information set out on the Site.

The following defined terms are used in this Agreement: